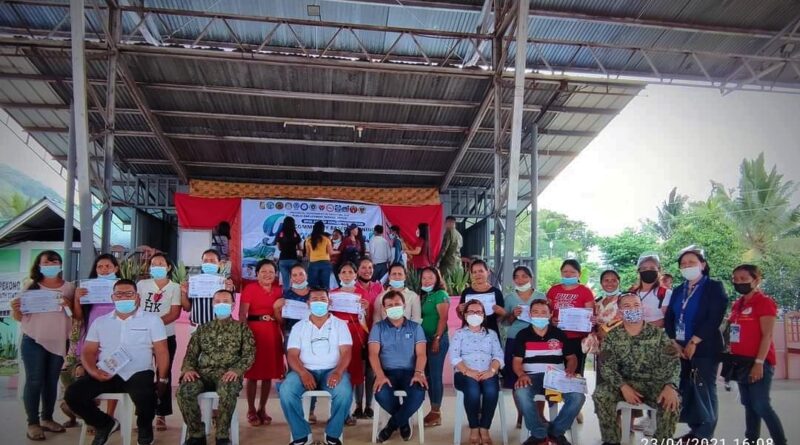 Nearly 200 beneficiaries from Matanao, obtained their Certificate of Training after ten(10) days of Community-Based Training

Nearly 200 beneficiaries from Matanao, Davao del Sur’s Barangays Donganpekong, Savoy, and Saub were gratified to obtain their Certificate of Training after ten(10) days of Community-Based Training.
The graduation was held at Barangay Donganpekong Gym which was attended by Governor Douglas Cagas, Provincial PESO Manager/CTEC Rolly Impas LPT, MBA, JD, TESDA Provincial Director Adonis Culas, E-Clip Provincial Focal Person/PSWD Lenyvic Poresores, Technical Adviser on Cooperative Development Elmer Campañano (representing Matanao Mayor Fernandez), MSWDO Liezl Mae Tilud-Dalumatan RSW, MPA, 39th IB PA Alpha Commander 1Lt. Dennis Cortejo, OIC 2nd DSPMFC PMAJ. Rey O. Santillan, Donganpekong Barangay Captain Rodulfo Lauda, people around the area, and others.
Governor Cagas urged the program’s beneficiaries to keep track of what they’ve learned so that it doesn’t get forgotten or neglected, and to develop it so that it can be used for a living.
Provincial PESO Manager Impas announced that this program is part of the Cagas Administration’s flagship program of Infrastructure, Health, Education, Livelihood, Peace & Order (I-HELP) Industrialization, Relocation Site, Agriculture, Tourism and Environment (I-RATE ) where beneficiaries can be considered as capitol scholars under the community-based program. He also said that through skills training, the beneficiaries would be prepared to use what they have learned as a source of income once the days return to normal.
Barangay Kagawad Romeo Lauda, one of the recipients, Romeo Lauda, thanked everyone involved in the program, particularly Governor Cagas and PESO Manager Impas, for the wonderful opportunity they have received. Despite their barangay’s remoteness, he claims, the training was brought to them and they were given an exemption from having to obtain a student permit after completing the driving lessons.
This program began in November 2020. The Provincial Government, MLGU, police and army, through the so-called Revitalized Police sa Barangay (R-PSB) and Community Support Program (CSP) with the assistance of barangay officials, Technical Education and Skills Development Authority (TESDA), Davao del Sur State College (DSSC), and others involved in Executive Order 70 Institutionalizes the Whole of Government Approach in Attaining Inclusive and Sustainable Peace and Development, are working together to end armed conflict in so-called Geographically Isolated Disadvantaged Areas (GIDA) and improve the lives of people.
The number of graduates of Community-Based Training:
1.Food Processing – 33
2.Manicure/Pedicure/Nail Art & Massage – 34
3. Dressmaking – 21
4. Basic Welding – 48
5. Driving – 56
#PIOBalita 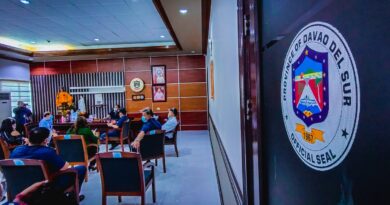 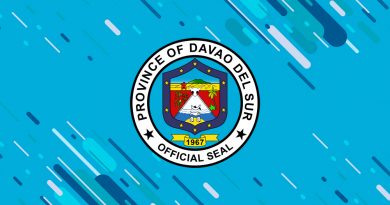 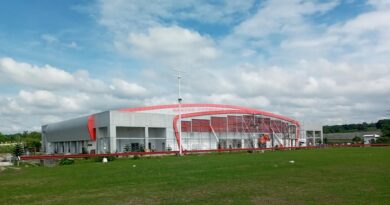 Expansion and Upgrading of the Olympic-size Swimming Pool, eyed to be completed by June this year