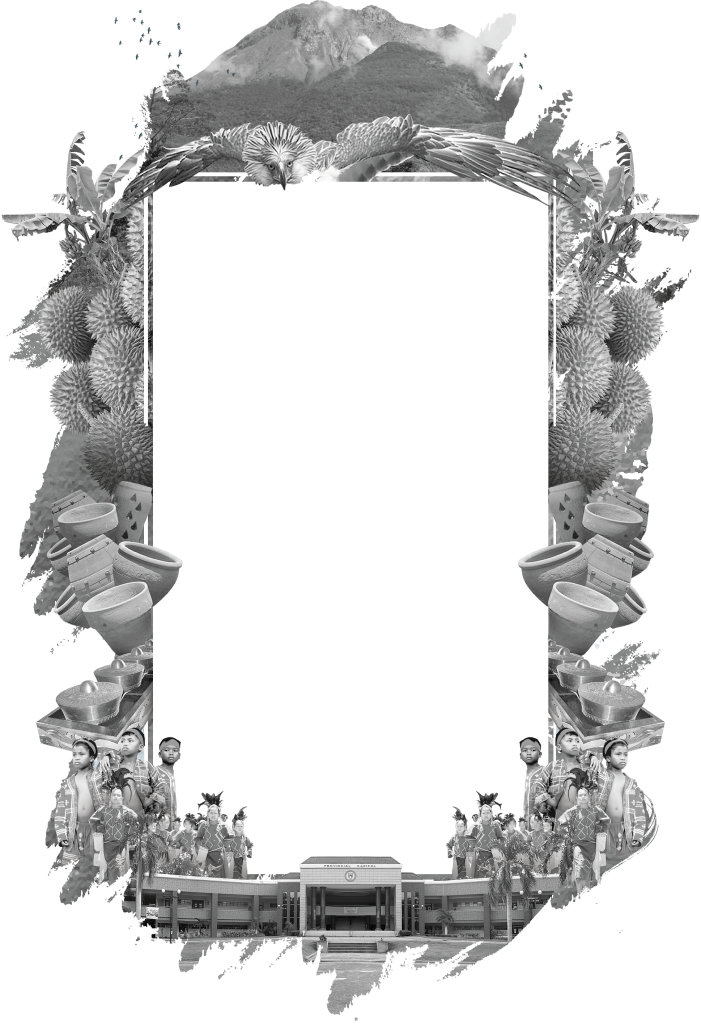 A Sacred brass they say
Owned by legendary Datu Duli
Sandawa’s rolling hills he reigns
Justice and fairness he dispenses
Daba-Daba a sacred brass
Symbol of fairness and peace
With O from the tribe of Bagobo
Sacred Justice from Sandawa, now Mt. Apo
In time Daba-Daba was not forgotten
To all Dabaweños hearts, it remain
Spoken by everyone, shortened with justice
From Daba-Daba to Daba-o to Davao…
it never ceases
Unlike Datu Duli we are not legendary
But in our hearts we hold sacred justice so dearly
Glorious was the birth of Davao
More so its sons and daughters, to whom,
Justice is a sacred vow.