The Province of Davao del Sur has its humble beginnings, even before it functioned as a province on July 1, 1967.

Local historians claim that the word “DAVAO” came from the phonetic blending of the words of the Bagobo subgroups when referring to Davao River, an essential waterway which empties itself into Davao Gulf near the city. The aboriginal Obos who dwell in the hinterlands of the region called the river, Davoh, the Clatta or Guiangans called it Duhwow, or Davau, and the Tagabawa Bagobo, Dabu. To the Obos, the word davoh means a place “beyond the high grounds”, including the settlements located at the mouth of Davao River which were surrounded by high rolling hills. When asked where they were going, the usual reply is davoh, while pointing towards the direction of the town. Duhwow also refers to a trading settlement where they barter forest goods in exchange for salt and other commodities. Later the three names given to the river by these early natives became “Dabaw” (Davao). [*] Davao an introduction to its History, Ernesto I Corcino, (Rogelio Lizada, Historian)

In 1965, Rep. Lorenzo S. Sarmiento Sr., revived the Veloso Bill, (Rep. Ismael C. Veloso of the lone congressional district of Davao) in the House seeking the division of the Davao Region, into three provinces, with the support given by Sen. Alejandro Almendras, legislative measures was passed by both the House and the Senate. Despite the very hectic schedule of the House of the Representatives, the congress was able to passed a Bill for legislation resulted to the birth of three provinces from the mother Province of Davao, President Ferdinand E. Marcos signed it and made into a law, the Republic Act No. 4867 in May 8, 1967, as a result, Davao Oriental, Davao del Norte and Davao del Sur were created, and these three Provinces started functioning as a province on July 1, 1967.

On November 10, 2010 two Davao del Sur Congressmen, Rep. Marc Douglas C. Cagas IV, as the principal author, and Rep. Franklin P. Bautista, as the co- author, filed as House Bill 3644 (later expanded and filed a House Bill 4451) which sought to create the Province of Davao Occidental from Davao del Sur. The Bill was filed by Congress on May 16, 2011, transmitted to the Senate on May 24, 2011, enacted on July 23, 2013 signed by President Benigno S. Aquino III, Republic Act No. 10360, On January 14, 2013Davao Occidental was created which covers five (5) municipalities (Malita, Sta. Maria, Don Marcelino, Jose Abad Santos and Sarangani Island), officially took off as a province after May 2016 election, resulted the division the Province of Davao del Sur, that eventually retained (9) municipalities and one (1) component city (City of Digos, Sta. Cruz, Bansalan, Matanao, Magsaysay, Hagonoy, Kiblawan, Padada, Sulop and Malalag) Province of Davao del Sur now covers a total land area of 1,984.01 sq km occupying the south section of the Davao Region in Mindanao. The Province is bounded by Davao City to the north, Davao Occidental to the south-east, North Cotabato and Sultan Kudarat to the west, South Cotabato and Sarangani to the south-west, and Davao Gulf to the east. [*] Philippine Information Agency

The Province is blessed to have an abundant agricultural plains and valleys, rainforest, rolling hills and mountains, including the Philippines’ highest peak Mount Apo, which is at least 2,954 meters (9,692 ft) above sea level, beautiful white sandy, mangrove protected beaches, and limitless fishing area. Davao del Sur is now comprises of nine (9) municipalities and one (1) component city. 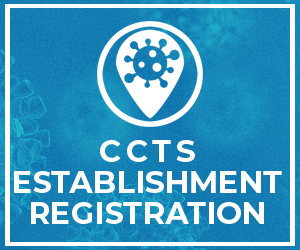