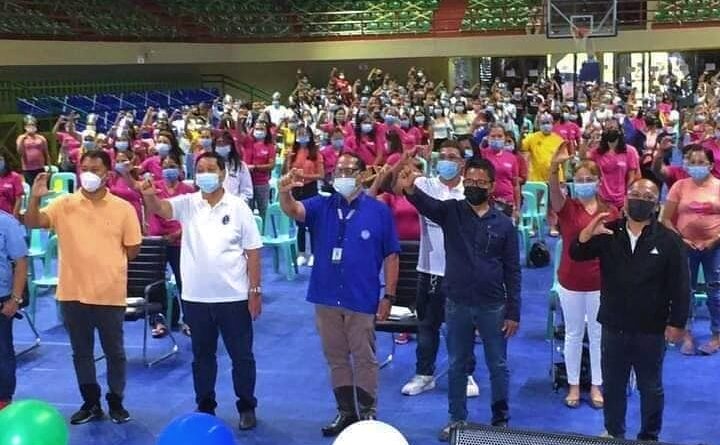 “Teach the man how to fish, instead of giving him a fish.” Governor Douglas Cagas adheres to this principle, which explains the Province of Davao del Sur’s unique approach to implementing the Department of Labor and Employment’s (DOLE) programs. Instead of handing over the money directly, the beneficiaries will participate in a 15-day skills training, during which they will be paid P396 per day and receive a TESDA certificate.
In this regard, the Community Based Training, which included trainees from various barangays in Sta. Cruz such as barangays Inawayan, Astorga, Rizal, Darong, and Sibulan, resulted in another 309 skilled individuals. This is after they completed the 15-day skills training under the TUPAD or TUlong Pangkabuhayan sa Ating mga Disadvantaged/Displaced Workers.
Employment Focal Person for DOLE XI Mr. Marlito Ayala was satisfied with Davao del Sur’s strategy, which he claims is different from that of other provinces in the region. As a result, the provincial government will receive another nearly 50 million pesos in funding, with over 8,000 people expected to benefit.
Also present during the said event were Vice Gov. Marc Cagas, Sta. Cruz Mayor Jaime Lao Jr., TESDA XI Regional Director Lorenzo Macapili, DOLE Provincial Director Dennis Badilles, TESDA Provincial Director Adonis Culas, and Provincial Legal Officer Atty. Gilbert Mayor.
Below are the number of graduates today:
Basic Electrical Wiring: 47 trainees
Hair Cutting/Coloring: 96 trainees
Massage/Nail Art: 117 trainees
Basic Welding: 49 trainees
Total: 309 trainees/graduates
#PIOBalita