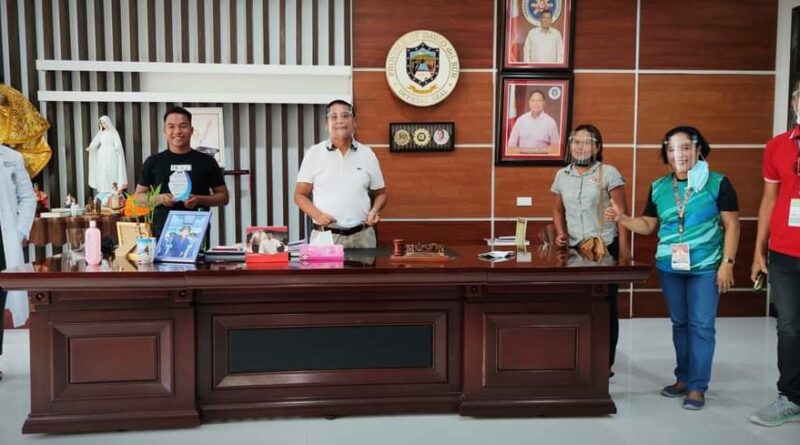 Governor Douglas Cagas praised and honored the barangays that received awards from the Department of Health Davao Region in maintaining cleanliness for the health benefit of the residents.
This morning, Governor Cagas along with Provincial Health Officer II Dr. Jonna Masongsong handed over the awards inside the governor’s office which was witnessed by Provincial Sanitary Inspector IV Ma. Pamela Hernandez, Technical officers Esmeralda Suralta and Rosula Aldanese, and Sanitary Inspector I in Municipal Health Office in Padada Nerie Bustamante.
Plaques of Appreciation were signed by DOH Regional Director Annabelle P. Yumang, MD, MCH, CESO IV on March 12, 2021.
The following barangays received the following awards:
1) a plaque of appreciation was given to the Council of Barangay Don Sergio Osmeña in Padada led by Captain Rolito Gallegos in Sustaining the Best Sanitation Practices from 2018 to 2021; and
2) a plaque of appreciation and certificate of recognition were given to Barangays Bagong Silang in Kiblawan and San Isidro in Padada which were received by Councilors Reynaldo Casiliman Sr., Vanessa Lacandula, and SK Chairman Ramel Loreto, for their continued support of the advocacy and promotion of Zero Open Defecation (ZOD) Program in accordance with DOH Administrative Order No. 2010-0021 declaring National Sustainable Sanitation as a National Policy.
#PIOBalita