To provide farmers better market access and reduce the transportation cost of their produce, the Department of Agriculture XI – Philippine Rural Development Project (DA-PRDP XI) has turned over P173.6-million Farm-to-Market Road to the municipalities of Hagonoy and Matanao in Davao del Sur.
The 14.32-km rehabilitated road under PRDP I-BUILD Subproject traverses the banana production areas, rice, and sugarcane production areas in the five barangays of Hagonoy namely: San Isidro, Sinayawan, Sacub, Lanuro, Poblacion, Cabligan and Km. 67 of Matanao, Davao del Sur.
“With this subproject, we are expecting an increased income among households by 20 percent per annum as their travel time is reduced by almost 30 percent and their travel cost and of their commodity by 40 percent,” said DA-PRDP XI Rural Infrastructure Engineer Marc Adrian C. Baddongon.
He added that this subproject will reduce the hauling cost of farmers’ produce by about 40 percent from its current cost of P35 per sack (except for sugarcane) to P20 per sack and for sugarcane from the current cost of P250 per ton to P200 per ton.
In a turnover ceremony on March 10 in Brgy. Lanuro, Municipality of Hagonoy, Davao del Sur Provincial Governor Douglas Ra. Cagas has thanked DA-PRDP XI for pooling resources for the people in the province.
“We hope that this strengthened partnership will continue to benefit the people of Davao del Sur especially in increasing farmers’ productivity and income as well as their quality of living,” Cagas said.
Meanwhile, DA-PRDP Regional Project Coordinating Office XI (RPCO XI) Deputy Project Director Marila L. Corpuz said that the success of the project is a result of the collective effort between DA-PRDP XI, the Provincial Government of Davao del Sur, and the Municipal Governments of Hagonoy and Matanao.

“This will never be made possible without everyone’s hardwork and dedication to serve in empowering our farmers and fisherfoilk in the Davao region to be progressive and resilient members of the farming community,” Corpuz said. | via Celso Campos Vergara RAFIS11 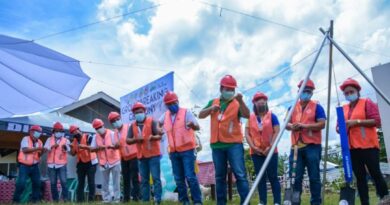 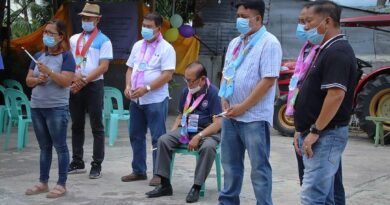 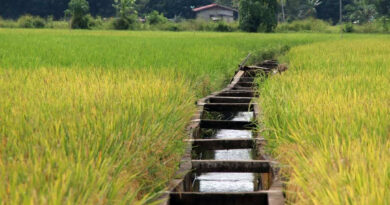